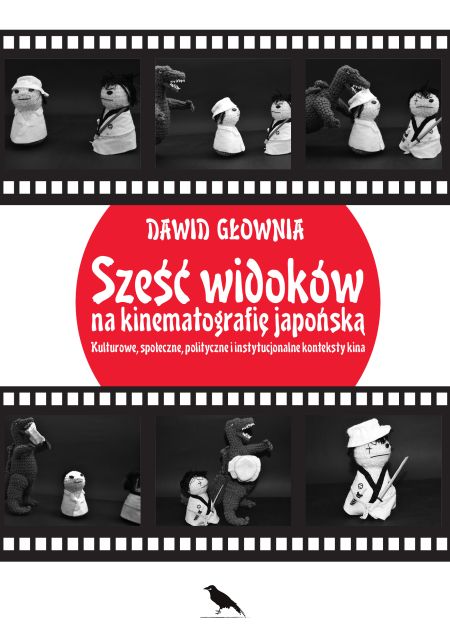 The book can be downloaded here.

– Japanese cinema fascinates – Dawid Głownia says in the preface of the book. – This statement is still just as relevant today as in the 50s of the last century when Japanese productions triumphantly entered Western cinemas, rapidly gaining considerable bevy of devoted fans. Even a cursory understanding of the foreign reception of Japanese cinema shows that it is inclusive in two ways. Firstly, Japanese cinema does not limit the range of its viewers to one or more specific categories of viewers. They are appreciated by the general public, festival viewers, critics and academics. It should be stressed, however, that the reasons for appreciation, as well as works, trends and genres, may not be the same. Secondly, almost every segment of the Japanese film production has successfully „conquered the West”: feature and animated films, original and genre ones, historical and contemporary, popular and niche, conservative and extreme films, films created with the aim of being shown on international festivals, as well as those filmed with video market in mind.

Głownia’s book was first published in 2013 by Yohei publishing house. Its second – revised and supplemented edition – has just been published by the The Association of Pop Culture Researchers and Pop-cultural Education „Trickster” and made available free of charge on its website. The publication has been reviewed by professor Krzysztof Loska of the Jagiellonian University and edited by a member of Trickster Association, Robert Dudziński of the University of Wrocław.

Dawid Głownia is a doctoral student a the Institute of Audiovisual Arts of the Jagiellonian University and a member of Trickster Association. He has devoted himself to the history of Japanese cinema, especially in the context of its relationship with broader socio-political processes, marginal areas of genre cinema and the sociology of (pop) culture. „Sześć widoków na kinematografię japońską” is his first book on the cinema of Japan. However, he is also the author of many scientific articles on this subject.

„A must-read for cinema lovers and those who love Japanese culture for whom knowledge of film productions from specific periods of the history of the Land of the Rising Sun may make it easier to understand the national cinematography. Unlike other books on Japanese cinema which were previously published in Poland it presents not only the mainstream but also the dark alleys not everyone had the courage to enter”, Krystian Karolak, Gilida.pl.

„His perspective on cinema is fresh – the author is not trying to combine together available Polish and English sources. He adopts his own point of view, makes mature claims by himself and at the same time does not bomb the reader with hundreds of high-sounding, often pretentious terms”, Nikodem Karolak, NaszaJaponia.pl.

„With Głownia there are no empty and abstract digressions. (…) Comments on cinema in „Sześć widoków na kinematografię japońską” are formulated on the basis of consideration of the wider national context. His book is not written „next to” cinema. It is not a selective book which divides cinema into artistry and commercialism. From the viewpoint of Głownia Japanese cinema is primarily an industry. While writing about the cinema of a distant country he wants to treat it in such a way, as a serious researcher would write about any national cinema. We can breathe a sigh of relief – he does not get carried away and, for example, glorifies the exoticism of the Far East. (…) fortunately, instead of glorification of otherness and exoticism, he takes us for a journey into the history of Japanese cinema with all its consequences (…)”, Marek Bochniarz, Konnichiwa.pl.