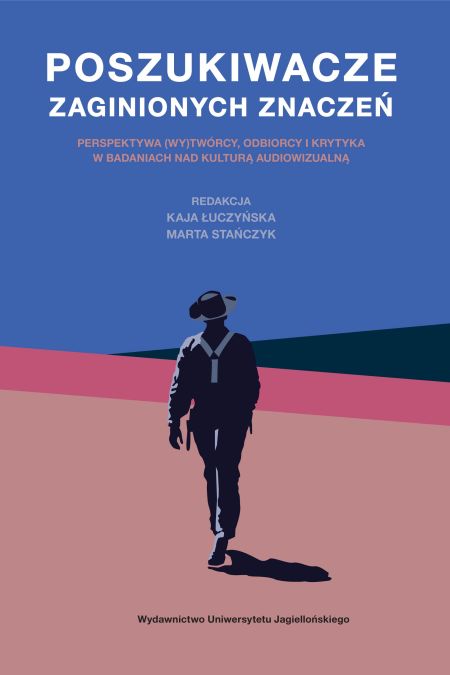 Wydawnictwo Uniwersytetu Jagiellońskiego has published „Raiders of the lost meanings. The perspective of an author, recipient and critic in the study of audiovisual culture”. Our association is the patron of this publication.

„In the book we focused on rejected, unwanted and unnecessary films which needed to be recycled to find a landfill of meanings” – write the editors of the volume Kaja Łuczyńska and Marta Stańczyk. „Such recycling, however, is not only a simple blurring of the boundaries between high and low culture – we were primarily interested in the dynamic of the inclusion and exclusion processes, seemingly innocent but in reality political, establishing canons and shaping the viewers’ notion not only of the cinema but also reality. In opposition to the academic canon ressentiments we are cultivating the garbage semiotics in which we replace the hegemony of aesthetics with a different kind of criticism, based on a diagnosis of the social, political or cultural phenomena. Therefore in this publication Alain Resnais is adjacent to Lloyd Kaufman, niche Mexican cinema to The Asylum studio films and criticism is focused on Hollywood, not Bollywood”.

The publication includes articles which analyse topics such as:

As the editors of the volume emphasise, its individual parts as well as the essays included in the publication enter into a dialogue – there is a confrontation of approaches, concepts, methods due to which the discourse of film literature becomes the topic visible in the background or perhaps even more broadly: in the humanities.

The publication is dedicated to the memory of a trickster Przemek Dudziński who passed away in 2014. The Association of Pop Culture Researchers and Pop-cultural Education „Trickster” is its patron.

On 2nd and 3rd of December we will meet in Wrocław to look at vampires in all their forms. We...